You are here:
Governmental Affairs 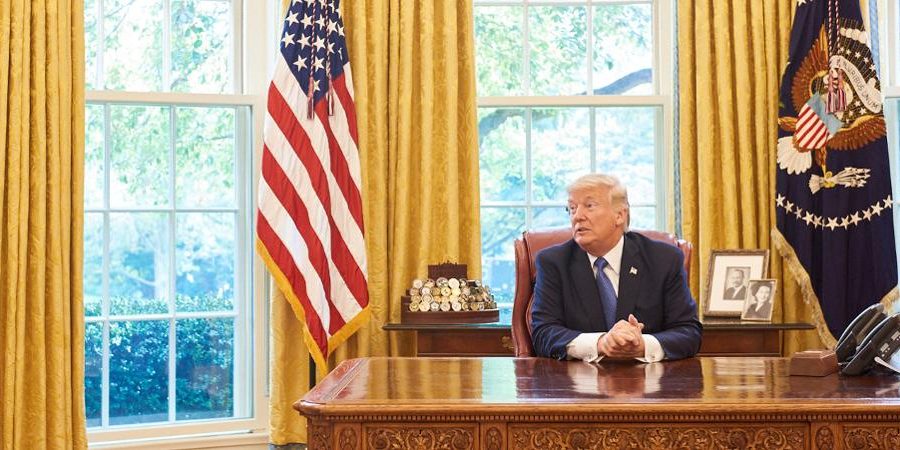 When Donald Trump opened Trump Tower in 1983, it marked a seminal moment in American retail, as six stories of glitzy shops like Harry Winston and Cartier beckoned luxury buyers who strode past a live pianist and a 60-foot indoor waterfall. “We got the highest rents ever, anywhere,” says former Trump Organization executive Barbara Res, standing in the pink atrium four decades after she helped build it.

Times have changed. Gazing around, almost all the tenants are now gone. The hollowing-out began years ago, but it has only gotten worse since Trump entered politics. Nike abandoned its attached flagship store earlier this year, and Ivanka Trump’s accessories business closed up shop as well. What’s left is basically nothing but Gucci, Starbucks and The Donald, wall-to-wall. Trump Bar sits atop Trump Grille, next to Trump Café, the Trump Store and Trump’s Ice Cream. It is unlikely Trump pays himself rent for any of them. “Things are all different now,” Res says.

That difference includes profits. Net operating income dropped 27% between 2014, the year before Trump announced his run for president, and 2017, his first year in the White House. When the real estate mogul descended the escalator to launch his campaign, in this very building, no one could have predicted the chain of events that would lead to this point. Even among those who gave his moon-shot presidential bid a chance of success, the assumption was that Trump would dump his assets before taking office.

By refusing to divest, Trump raised an unprecedented question: How would the most divisive presidency in modern American history affect a company built on the president’s persona? Forbes has been working to answer that question since the moment Trump got elected, interviewing nearly 200 colleagues, partners and industry observers. While the experiment continues to unfold, in real time, the early results are in. Much as he’s trying—and he’s definitely trying—Donald Trump is not getting richer off the presidency. Just the opposite. His net worth, by our calculation, has dropped from $4.5 billion in 2015 to $3.1 billion the last two years, knocking the president 138 spots lower on the Forbes 400.